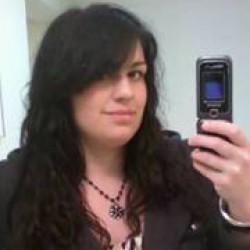 In the After
Demitria Lunetta
Progress: 233/455 pages 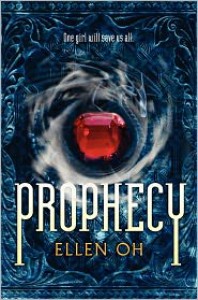 The greatest warrior in all of the Seven Kingdoms... is a girl with yellow eyes.
Kira’s the only female in the king’s army, and the prince’s bodyguard. She’s a demon slayer and an outcast, hated by nearly everyone in her home city of Hansong. And, she’s their only hope...
Murdered kings & discovered traitors point to a demon invasion, sending Kira on the run with the young prince. He may be the savior predicted in the Dragon King Prophecy, but the missing treasure of myth may be the true key. With only the guidance of the cryptic prophecy, Kira must battle demon soldiers, evil shaman, & the Demon Lord himself to find what was once lost and raise a prince into a king.

Let me start off this review by saying, you may have heard this book being compared to Graceling by Kristin Cashore, or Eon by Allison Goodman.  But please do not go into this book automatically comparing it to them.  If you do, you are sure to miss out on an awesome book. Keep an open mind and enjoy the ride. Now back to the review

I'm a huge fan of Korea & Korean culture & was excited to learn a bit of Korean myth, and let me tell you I was not disapointed.  Ellen oh was able to immerse us into the culture without overwhelming us.  It does take a little bit to figure out who's who in the begining, however that's just due to her introducing so many awesome characters. Then to enhance her book more she adds some Korean phrases which help us readers understand the culture a bit more.  I loved how much this story revolved around family.  In Korea, family is very important in their lives and it's showcased here.  Having Kira travel with her brother, while protecting their cousin, the prince, allowed us an inside glimpse on their family dynamic.

One character i respected was Jaewon.  I loved how much of a good friend he was to Kira, and that he was always there for her and i loved that.  You can tell while reading that he really likes her but doesn't push it or really tell her, which shows his respect toward her.  Speaking of respect, one person who didn't get mine was Shin Bo Hyun.  I kind of liked him in the begining, because he seemed to really like her for her, & wasn't scared because of who she was.  However, my respect for him went out the window a third of the way into the book. I think i hated him more than the actual villain in this story.

Speaking of those 2 boys, let's talk about the romance or lack thereof.  I'm not a fan of love triangles being a big part of YA books, and going into this book, i was hoping there wouldn't be one, and my wish came true. The love triangle between Kira, Jaewon and Shin Bo Hyun is not your ordinary love triangle.  Their relationships are never the main focus and i enjoyed that. Kira's character doesn't want to be in a relationship, or married to anyone; while Shin and Jaewon both like her but show & act on it in completely different ways. By the way, I'm sooo Team Jaewon =)

To me, a lot of books in YA don't really seem to leave the US.  I've been wanted to read a book that wasn't set in America for so long, and just when I didn't think I'd find one, this gem caught my eyes.  You are able to live in that culture through the eyes and actions of the main character.  My favorite settings would have to be the Nine Dragons Waterfall, or the Dragon Spring Temple.  Ellen Oh describes the scenes that take place here so well, i can just see it in my mind, like a movie.

Overall this book was an awesome read.  The cover maybe a bit more simple, but it shows beautifully the quest at hand.  It has a lovely red ruby in the middle (1st Dragon king treasure), and surrounding that stone is mist shaped like a dragon (Dragon Musado).  Not all cover have to have a pretty girl on the cover, and I'm really glad they didn't do that for this book. Overall I'd say go buy it and see for yourself. =)

"I believe that one person can change the world. Whether he is the Musado or a girl with a tiger spirit. The monks teach that we mere mortals cannot question fate. But I say that we control destiny by our every action. Our power lies in the choices we make." Her father placed his warm hand on her cheek. "In the choices you make. Remember, stay true to yourself and do what your heart tells you is right, and not what is easy.”

Reblogging this with MUCH LOVE, because no book deserves to be banned. Get out there and read what you love!

If you want to try one here is the Washington Post's list of the most challenged books of 2012: 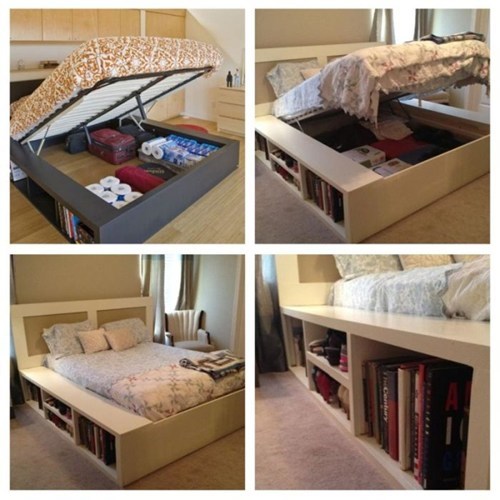 I want this bed sooo bad. Anyone wanna get it for me lol 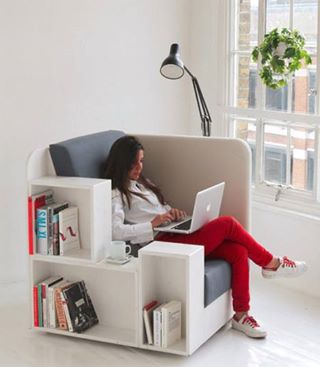 ohh and this chair, it's a MUST have!
book furniture
Tweet 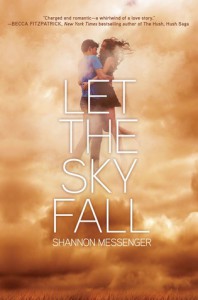 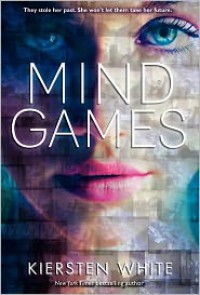 3 = check it out at library first

The Sea of Monsters (Percy Jackson and the Olympians Series #2) 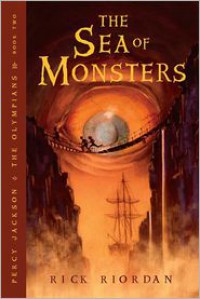 How i feel about the the next bk in the series..
Tweet 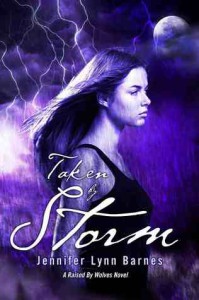 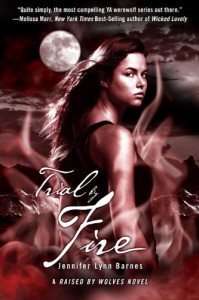 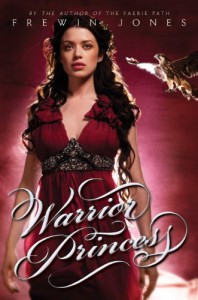 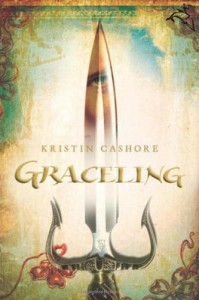 after rereading this bk again i come to an understanding on y i loved this bk so much before. This series will forever be in my top fav bks of all time.
Tweet 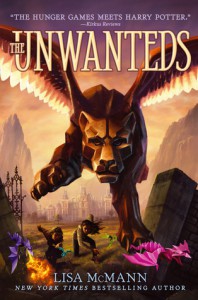 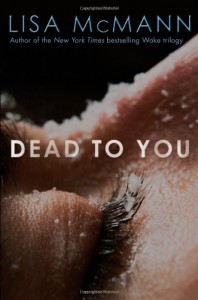 I was going to give this a 4 bc whe i added up my different rating like, cover, plot, etc, i got 4 but this ending made me bump it up.Review to come but for now, enjoy my reaction to the ending
Tweet 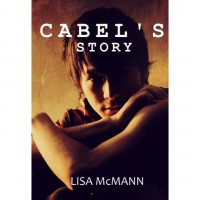 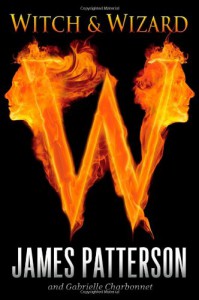 Let me just start by saying that I had no expectations going into this book and I barely knew anything about the plot.

First, let us talk about the plot. I love the fact that’s there is not that much romance at all going on except for Whit’s love for his girlfriend. This leaves more room for action and suspense in the plot. I normally tend to stay away from books involving magic due to the fact my favorite books of all time have magic in them, and I tend to compare right away. However, I do have to say that I really enjoyed the magic in this book just for the fact that they did not know that they had any nor know how to use it. Now, in this society there’s this overlord called “The One Who is the One,” who is trying to make the perfect society. Throughout the book, you realized that these kids are not thrown in jail and put to death just because they might be “witches and wizards,” it is, at least in my eyes, because they are kids. This element throws the reader into a “what would you do” kind of feeling, and really gets you thinking of what will happen next.

The two main characters of this story are Whit and Wisty Allgood. The sister/brother aspect of the main characters is what turned me on to the book. I don’t think I have ever read a book where the two main characters are related. I have found that I really like when a story is told in different, alternating perspectives, this gives you more of an insight of what running through their minds as the events are occurring. I really like the voices of our main characters. Wisty was the spunky sarcastic little sister who had perfect timing with her remarks and was funny as all hell. She made this gloomy, dark book full of lightheartedness and laughter. On the other hand, you have Whit, the mature, strong older brother. He was the voice of reason and strength, when faced with danger, but when it came to the love of his life, he showed his venerable side. Now you don’t see or hear much from our main villain until about the end, but from what you hear about him, he can be somewhat scary, at least from a kid’s perspective. He’s not my favorite villain, that goes to Lord Ido in Eon, not for the fact that he’s not evil enough it’s just I thought he should have been around more.

There are a few different settings goin on in this book. The worlds that you experience through the siblings are unique and add a completely new level to this book. The descriptions of these would let your mind wonder what it would look like to be there. I think I still would have liked to learn more about some of these places, like the shadow lands.

Now let’s get to the cover, which you can see by my rating, is not my favorite. I do like that the W is on fire, like what happens to one of the siblings, and that there are two faces, one at each end of the W. I really like his Maximum Ride covers and I was hoping that this cover would be as good, but I guess not.

This book overall was good. I liked how the ending was not really a big cliffhanger but it did make think and want to see what happens next to the brother/sister duo. Despite the few things I have against it, I cannot wait until I pick up the next one in the series.